This is part one of a two-part article about the Madness Japan Balam 300 swimbait as told by lure designer and big fish expert Satan Shimada. We will discuss the origins of the bait, gear required, where to fish it, and “Balaming” also known as the 8 Trap Method retrieve.

The Balam 300 is a giant swimbait designed by Madness Japan’s Satan Shimada. He’s caught many big fish with this nearly 12” bait that features four segments and fantastic action. Shimada gave an overview of the lure’s origins, when and where to use it, and the biggest key for having success with this swimbait.

The large swimbait weighs in at 6.25-ounces and requires heavy gear and also a different outlook at how to fish swimbaits. As we’ll discuss, Shimada likes to fish the bait very fast, and he says this is vital.

“Bass are reacting well to it well in Japan,” Shimada says of the bait. “There is no difference for bass in America, Korea, or Europe. They will react to it.”

The most important thing to fishing this bait correctly, according to Shimada, is to utilize fast retrieve speed to your benefit.

“This is not a bait that was designed for fishing slow like other big baits. Having a fast retrieve is the most important thing,” said Shimada. “Up until now, most big baits have been fished with a very slow retrieve, and if you do that, the bass has too much time to think about it. You want to get a reaction from them.”

Shimada utilizes this approach for the Balam 300 but says the reactionary instinct of bass make fast retrieves a useful tool for crankbaits and smaller swimbaits as well.

When and Where to Fish It

Like many big baits, they work well when big female bass are up shallow and eager to put on some extra weight after a long winter. This is when Shimada has caught the bulk of his giants, but he has proven that it will work any time of year.

Generally, Shimada likes to fish the Balam 300 close to the bank. He will position his boat as tight to the shoreline or trees as possible.

“The idea is to allow the bass to trap the prey against the bank,” he believes. He will also do this near bridge pilings. In fact, he burns then bait into the piling to get a reaction and will then slow down when the Balam 300 reaches an opening.

He is also selective in how he makes casts. He does not make repeated casts to the same areas as to not pressure the fish and condition them to seeing a large bait like this. As he casts, he is focusing the entire time and stays in tune with the lure to watch for bass following and tracking.

There are 11 stock colors as well as premium finishes and limited run colors for a total of 15 different color options for the Balam 300.

Shimada uses a simplistic approach for color selection, but also mixes it up with bright colors to allow him to track the bait easier during the retrieve.

For clear water situations, he goes natural. Rainbow Trout and Real Jya Ayu are two of his favorites. For dirtier water, he likes something with some flash or chartreuse. Foil Hasu and Skeleton Chartreuse fit the bill for these situations.https://www.youtube.com/embed/eAKW3HLma-c

In Part Two, we’ll discuss the gear he prefers as well as the unique 8 Trap Method he uses to catch bass with the Balam 300. 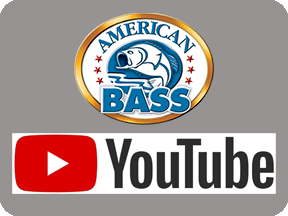